The continued use of towels to dry yourself after each shower, hand or face washing and in many other situations at home, ends up leading to excess humidity, causing a bad smell in the fabric. For towels to be durable, they should be cared for and treated in the best possible way.

In this sense, it is essential to know why towels smell bad and find the best solutions. Without knowing the basis of the problem, it is impossible to act effectively. If you continue washing them as before, the unpleasant aroma caused by moisture will continue to be produced. To discover how to get a sour smell out of towels with different products, we recommend that you continue reading this article.

How to get a sour smell out of towels? 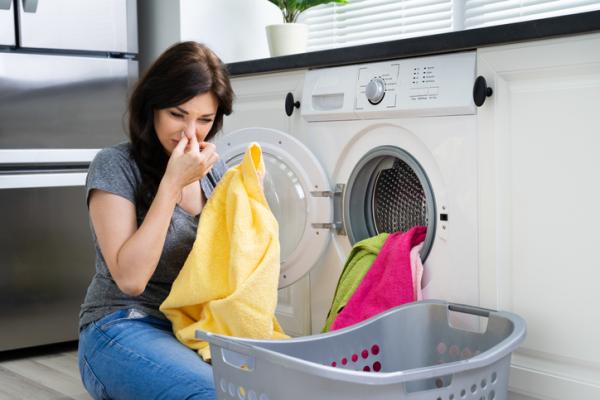 The smell of mold on towels is due to their great ability to trap moisture. Many bath towels are made of cotton, which manages to absorb it in quantity. For this reason, they can cause a bad smell of humidity and mold, since they are very effective for drying you after showering, having as a counterpart the disadvantage of the aroma if after use you do not dry them well. Other reasons for the bad smell in towels are the following:

How to remove the sour smell from towels with baking soda?

Baking soda is one of the most widely used home cleaning remedies for its great effectiveness. It also eliminates the sour smell of towels because it manages to eliminate bacteria and fungi or mold caused by excess humidity. Learn how to use baking soda to wash towels by following these steps:

How to remove the sour smell from bath towels with vinegar

Washing towels with vinegar to remove the sour smell is a great alternative. This product has the power to neutralize bad aromas and fight bacteria and fungi formed by excess moisture. If you want to wash the towels with vinegar and baking soda in a washing machine, do it this way:

How to remove sour odor from towels with ammonia

Tips to avoid the sour smell of towels

Do not leave towels in the laundry basket. Try to wash them as soon as possible, since if you mix them with these clothes, you will probably worsen the aroma they give off because they have moisture or already have mold.
Store towels neatly folded and dry. Ensure that the closet is not a source of humidity by placing small bags of coffee, salt or rice to absorb them.
Change towels frequently. Do not prolong its use too much between washings.
Ventilate the bathroom to prevent too much moisture from collecting and damaging the fabric.
Dry the towels lying in the sun for as long as possible and if there is not enough sun in your area, use a dryer, but avoid storing them with a point of humidity because the problem of mold and its bad smell will appear.