Few things are worse than a wet basement. Water in your basement will reduce the amount of livable space within your home, can lead to odors and mildew, may endanger your health, and will definitely decrease the value of your home. Fortunately, there are a number of different ways to waterproof both new and existing basements. Here is a look at some of the options available. 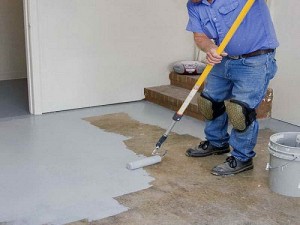 Interior waterproofing is often referred to as negative-side waterproofing because it is designed to move water out of your basement after it has already entered. It is generally the most affordable option and works well in settings where exterior excavation isn’t possible or is too costly. Interior systems come in three general types.

The first approach to interior waterproofing is to install drains in your basement floor. The idea is to move water away from your foundation to a sump pump or drain that leads outside of the house. The drainage system usually consist of piping along the foundation and a draped that hangs from the walls to guide water down to the drains.

The second type of interior waterproofing consists of sealants that are applied to the interior walls of your basement. In general, these are considered temporary fixes and they don’t always work. The problem with interior sealants is that they trap water within your basement walls, which can lead to cracks and even damage to your walls. Most expert waterproofing companies recommend against interior sealants.

The final method of interior waterproofing is epoxy injection. Epoxy resin is used in concrete walls to fill cracks that are allowing water to enter. This mechanism is also considered temporary as epoxy tends to break down over time, particularly where there are large seasonal temperature fluctuations. There are a number of different resins on the market, with polyurethane currently considered the most effective.

Waterproofing that prevents water from ever penetrating your basement walls or floor is known as positive-side water proofing. It is generally more expensive, time-consuming, and involved to waterproof an existing basement from the outside than from the inside. For new basements, exterior waterproofing is a must and is much more affordable because the foundation is already exposed.

The first step to waterproofing any basement is to get water away from the foundation and that usually starts with gutters. According to This Old House, a 1,500-square-foot roof can shed 1,000 gallons of water for every inch of falling rain. You need gutters that are wide enough to accommodate the water sheeting off of your roof and you need to move that water 20 to 30 feet from your foundation. As part of getting water away from the foundation, ensure that all landscaping slopes away from your house and install drains anywhere that it does not.

when used in conjunction with a wall waterproofing system. Walls can be waterproofed, from the outside, using asphalt-based materials, spray-on polymers, dimpled membranes, or a combination of products. The average perimeter drain will cost a minimum of $20,000 to install around an existing home.

A unique solution to exterior waterproofing of an existing structure is sodium bentonite, sometimes called bentonite clay. This natural material is injected under high pressure into the dirt surrounding your basement. When water penetrates the clay, it swells and becomes a solid barrier to any further water penetration. This solution isn’t perfect though because the clay has to be injected blind and it is hard to control where it ends up.

The best way to get started with an existing basement is to pick simple, inexpensive fixes first. Repair cracks, clean drains, clean and repair gutters, and grade your landscaping. If that doesn’t work, move to interior drain systems and a sump pump. When these measures fail, then it is time to consider exterior excavation and a perimeter drain.